She now takes on a slightly different role in the Overberg, looking for ways to tackle environmental conservation, in ways that generate greater economic growth in the district. Carla has 5 goals for the green economic sector. We asked her 7 questions, to get to know her a little better.

“I would be very happy if we can develop a green economy approach to view socio-economic development as part of a landscape-level approach to facilitate conservation.  We need to create win-win situations for both the environment and people. “ 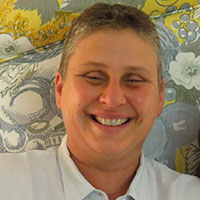 1. Tell us a bit about your background.

I’ve lived in Stellenbosch for the past 32 years and part-time in Baardskeerdersbos for the last two years.  I studied political science at Stellenbosch University in the late 1980’s.  After working in provincial government for some time I established my own consulting firm and for almost 20 years specialised in a human rights-based approach to development with a specific focus on gender equality and women’s empowerment, vulnerable, marginalized and socially-excluded groups.

2. How did you get involved in the green economy?

In 2016 I realised that my time of working almost exclusively in the gender field had come to a close, and I recognised that it was time to move on.  During this time I researched and project managed the building of our converted shipping container house in Baardskeerdersbos, and with getting to know the Overberg better a process unfolded whereby other important aspects that have always been part of who I am became more in focus.  Moving from a human rights-based approach to development to involvement in the green economy is not a big leap.  A human rights-based approach is a framework for the process of human development.  It looks at inequalities which lie at the heart of development problems and redress practices that impede development progress.  ABI’s motto is “Improve landscapes.  Connect communities”, and as a landscape initiative it follows a landscape-level approach to facilitate conservation.  For me it means that ABI has a holistic approach to conservation, concerned with biodiversity and local economies, agriculture, eco-tourism, geodiversity and the health and social benefits of people and the environment.  So it is within this context that the green economy can, on the one hand, provide the impetus for socio-economic development of local communities while, on the other hand, biodiversity conservation can continue.

3. How would you define the green economy?

The green economy can be visualised as a circular economy, a dynamic economic process that does not progress in a linear way from, broadly speaking, production to waste, but instead circles back into various loops to ensure that, what once was considered to be waste is now reabsorbed into secondary economic processes with no, or very little, waste at the end.  Let me give you some examples.  The current war on invasive alien plants, that ABI is part of, provides opportunities whereby the plant waste that cannot be used for fire wood or poles etc. could be used for the manufacture of wood pellets or charcoal.  This can in turn be used as a fuel source for, for example, heating, cooking etc.  Or it can be used as a source of fuel to replace reliance on coal-based electricity.  Another example is waste from agriculture or agri-processing.  Agricultural waste such as that resulting from processing grapes, harvesting crops or the waste from beer brewing or dairy farming can be transformed from waste to animal feed or natural fertiliser through the clever use of insect technology which is available on our doorstep.  Cow manure is a potential source of energy that can replace a farmer’s reliance on coal-based electricity to drive dairy farming.   A green economy mind-set forces us to think of waste as an additional resource that can be harnessed, not as the end of a process with leftover garbage.

4. Why is this a really important sector?

The green economy is a critical part of sustainable development that offers the opportunity to bring together the environmental, social and economic concerns of the Overberg. It is a way of ensuring harmony between these three, equally important, sectors of our society.  Economic growth in the greater Overberg and action on environmental conservation can be achieved together.  The green economy shows us that actions taken to tackle environmental conservation can often generate better economic growth.

5. What do you see ABI’s role would be in the sector?

ABI’s role in the green economy centres around five tasks:

6. What do you hope to achieve as the Green Economy Theme Leader?

I would be very happy if we can develop a green economy approach to view socio-economic development as part of a landscape-level approach to facilitate conservation.  We need to create win-win situations for both the environment and people.  If we can harness the potential of the green economy in the greater Overberg we can contribute to local economic development.  We must think of life in the Overberg as a giant circle of people (local communities, farmers, business people etc.) participating in various economic activities (agriculture, tourism, informal traders, large business enterprises etc.) and all impacting our fragile environment (fynbos, renosterveld, wetlands, rivers, catchments etc.).

7. What would you like people to do who are involved in the sector?

If you are already involved in the green economy or if you are interested in it, if you think that you can contribute in whatever form, then please, we want to know about you.  It does not matter if what you do is big or small, we would love to know about it.  A large part of the initial work is for us to find out what is already happening.  If we know what is available and who are interested, then we can start to make meaningful linkages and work towards symbiotic relationships that can benefit a growing number of people.  So please, make contact with us.

You can email me: green@agulhasbiodiversity.co.za