The OuSkool restaurant in Baardskeerdersbos in the southern Cape was abuzz with activity on Wednesday 27 October 2021, as 50 people met up face-to-face for the first time since the COVID-19 lockdown, echoing a similar event held a decade earlier.

In 2011, individuals and organisations who operate in the environmental sector came together in “B’bos” to chart the way for the second phase of the Agulhas Biodiversity Initiative (ABI).

Now, 10 years – and lots of hard work – later, these partners have met again at the same location, to plan for the next 10 years of this growing network, which now connects people working with nature and biodiversity across the Overberg District . 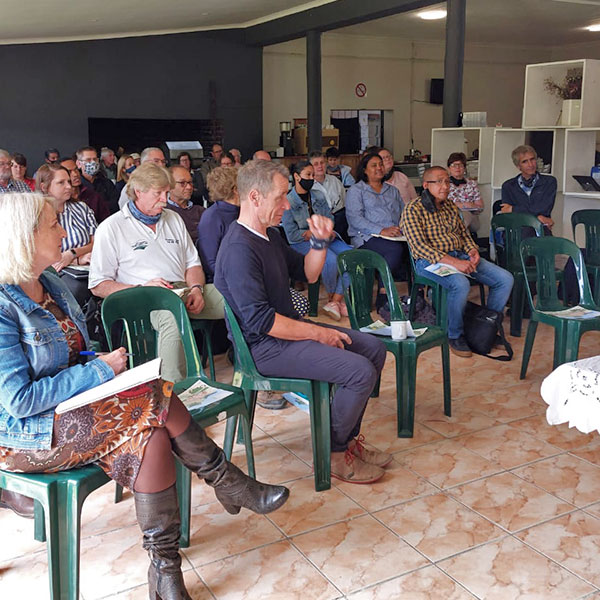 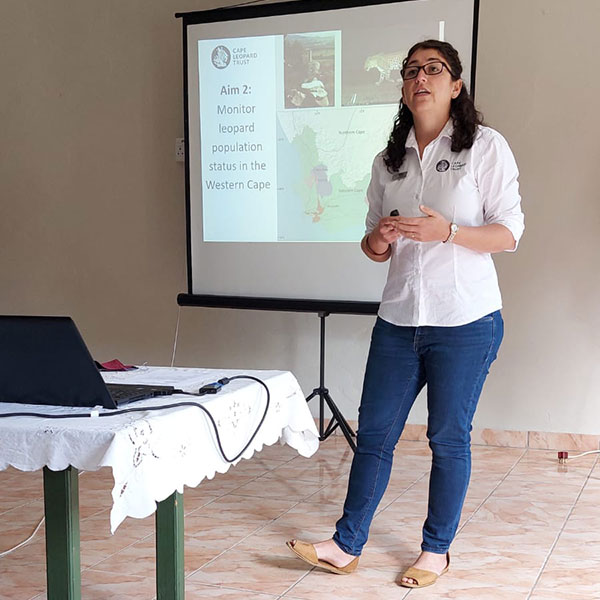 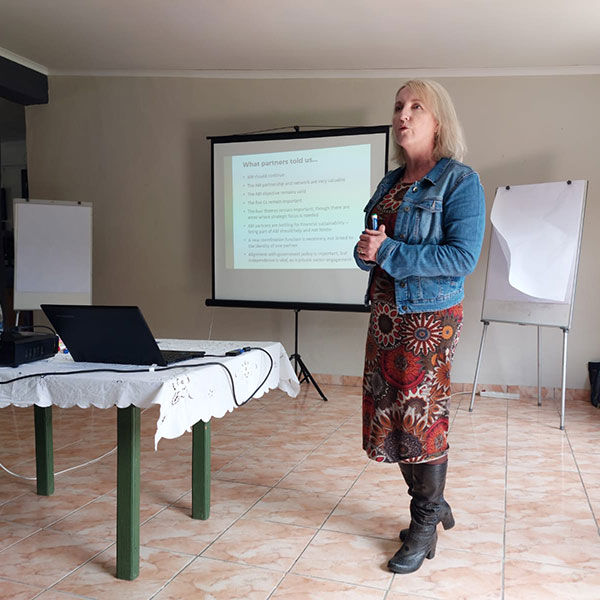 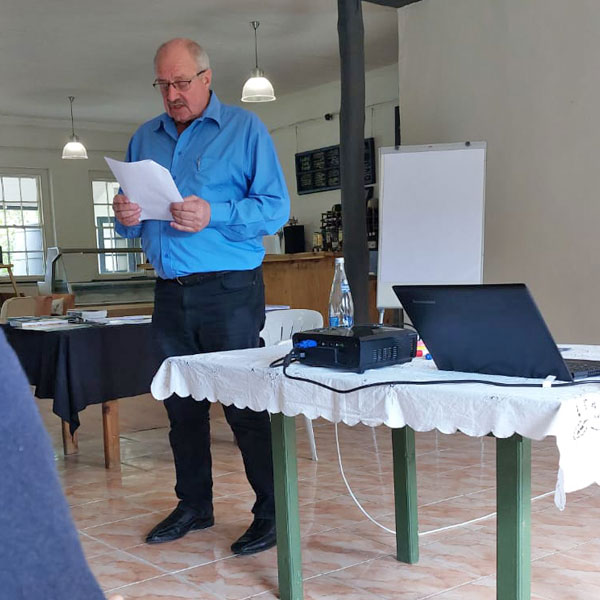 The ABI Annual General Meeting brings together a range of partners including farmers and landowners, tourism operators, municipalities, environmental educators, nature conservation agencies, and small businesses, to address challenges, and to share solutions.

According to ABI’s Chair, Cornie Swart, “This is another watershed meeting. Now 20 years old, the ABI partnership can build on what has gone before. We can build on years of collaboration and trust, cooperation and joint understanding of each other as our basis.” 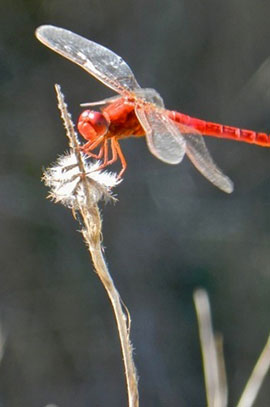 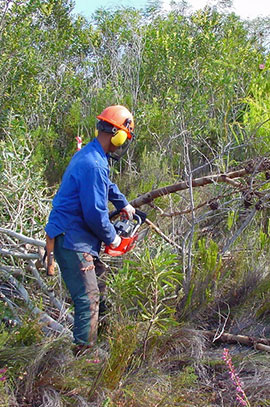 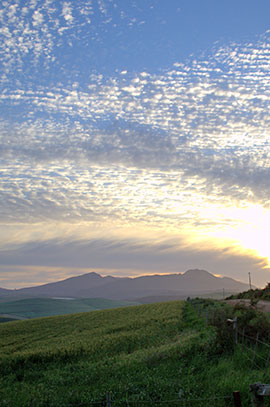 Revisioning ABI for the future

ABI is undertaking a revisioning process, funded by the WWF Nedbank Green Trust, to determine its structure and focus for the next decade. Flower Valley Conservation Trust, which provided coordination for the partnership over the past ten years, will step down from this role in December 2021. Steps are now underway to set ABI up as a non-profit organisation, which will remain guided by the ABI Committee.

According to consultant Caroline Petersen, who is supporting the ABI Committee on the revisioning project, there are two main ideas which have emerged out of consultations with partners. One idea is that ABI partners could support the establishment of an Overberg Biosphere Reserve, applying to UNESCO to join nine other such areas of global environmental significance in South Africa. “Becoming a biosphere reserve offers many opportunities including a space to engage with residents and farmers from mountain catchments to the coast, on what sustainability looks like for them,” she said. The meeting agreed that a working group will be set up under ABI to investigate this idea.

The other priority emerging for the ABI partnership is strategic coordination around the removal of invasive alien plants, which are considered a major threat in the area. “The spread of invasive trees like pine and black wattle has a negative effect on water availability and on the fynbos vegetation, and increases fire hazard”, explained Caroline. “ABI partners have committed to working together to scale up alien vegetation clearing and ecological restoration of the land – creating work opportunities and stimulating the growth of value-add businesses like firewood, mulch, fuel pellets and fertilizer.”

The ABI Committee will hold a workshop in November to take stock of current efforts in the region on alien clearing, integrated fire management and restoration of ecosystems. Participants in this first step will include private landowners, clearing contractors and crews, landowner conservancies, government agencies, and non-governmental role-players, including the Freshwater Programme of WWF South Africa. More information will be made available on the ABI website and social media in the coming days.

Carla Ackerman, the Managing Director of Regenerative SPACE, and the leader of ABI’s Green Economy theme, said we need to change our approach to invasive alien clearing in order to see results at scale. “The market is there for products from invasive biomass. There are opportunities to work better and in a more professional way with the commercial sector. The challenge is around finding funding to clear invasives. But this should include working more with commercial partners, where the price paid for the biomass can help cover the costs of clearing.”

The jobless rate is as high as 49% in some areas in the Overberg. At the same time, the region’s natural habitat is under threat from invasive plants spreading across the landscape. “We can solve both these problems through developing a localised green economy in a commercially viable way. This includes supporting nature-based small businesses to become professional outfits that can provide jobs throughout the year, and not on a stop-start basis, as is often the case with government funding.”

Regenerative SPACE is already sending cut eucalyptus and black wattle wood to the UK market for heating purposes. And they work with commercial partners locally who make use of pine and rooikrans biomass. “We’ve learnt in the past year that the production line works. Our commercial partners remove the biomass at their own risk with huge benefits to landowners and the environment. As ABI partners we need to work together to strengthen the weak link in the chain – reliable labour. By establishing a secure, trained labour pool we can ensure that local communities get ongoing work,” Carla said. 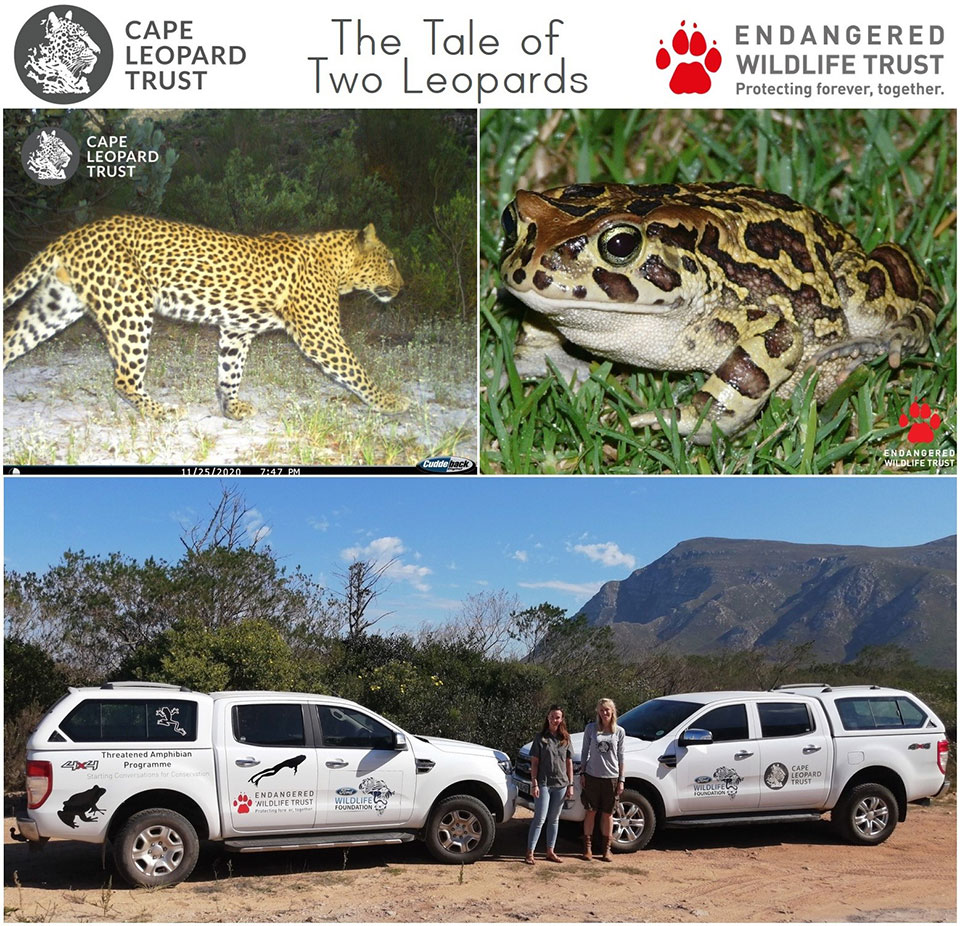 Protecting leopards in the Overberg

The Cape Leopard Trust (CLT) joined the AGM, to introduce their collaborative ‘Tale of Two Leopards’ project. According to the CLT’s Anita Wilkinson, they are undertaking a large-scale camera survey to estimate the current population density of leopards in the Overberg region. Their study utilises 172 cameras at 86 locations from Botvlei in the west to De Hoop vlei in the east.

Anita said, “These leopards serve as an iconic species for the Cape Floral Kingdom, and an umbrella species for biodiversity conservation. But they face multiple threats, including habitat loss and fragmentation from urban and agricultural development, reduction in prey numbers and high levels of conflict with people.”

The CLT will use the data to help protect leopards as part of the greater ‘Tale of Two Leopards’ mission. “We aim to identify functional corridors, what’s needed to support leopards to use the corridors, and to support existing communities and conservation groups to enable the effectiveness of the corridors.”

– An ABI that works for you: next steps and potential way forward in a changing environment – the ABI re-visioning project by Caroline Petersen, Consultant, and Lesley Richardson, ABI Coordinator

Debt of gratitude to Flower Valley

After a morning of presentations and discussions, Cornie thanked Flower Valley Conservation Trust on behalf of the ABI partnership, for providing ABI’s secretariat function over the past decade.

Gratitude was also expressed to past and current donors to ABI, such as the WWF Nedbank Green Trust, the Drakenstein Trust, Millennium Trust and the Hans Hoheisen Charitable Trust. The ABI committee offered to remain in place during the transition process into ABI’s third phase, taking the recommendations forward from the revisioning project which concludes at the end of November 2021.

The revisioning process is being funded by the WWF Nedbank Green Trust between 2020 and 2021.